On October 12 and 13, 2021, the UN Human Rights Council and the Tom Lantos Institute hosted the European Regional Forum on Human Rights of Minorities and Conflict Prevention online, in which the Minority Ombudsman participated as a key professional participant.

In his first report to the UN Human Rights Council in March 2018, the Special Rapporteur on minority issues, Fernand de Varennes, presented the issue of ethnic conflict, minority rights and the promotion of inclusion and stability as one of the thematic priorities of his mandate. The four regional forums on "Conflict Prevention and the Protection of the Human Rights of Minorities", which have been held every year since then, including in autumn 2021, have been aimed at identifying and examining aspects and circumstances that the Special Rapporteur intends to present in his annual report to the UN Human Rights Council at its 49th session in March 2022. Discussions in the regional forums will also feed into the work and recommendations of the UN Forum on Minority Issues at its 14th session in Geneva in December 2021.

The specific objectives of the event included developing a common understanding and recommendations on the role of the protection of human rights of minorities in conflict prevention; discussing the legal, institutional and policy challenges related to the recognition and implementation of human rights of minorities in order to address long-standing grievances that may lead to tensions and potential conflicts; and strengthening partnerships and capacity building among different stakeholders to address root causes of conflicts and prevent conflicts more effectively. 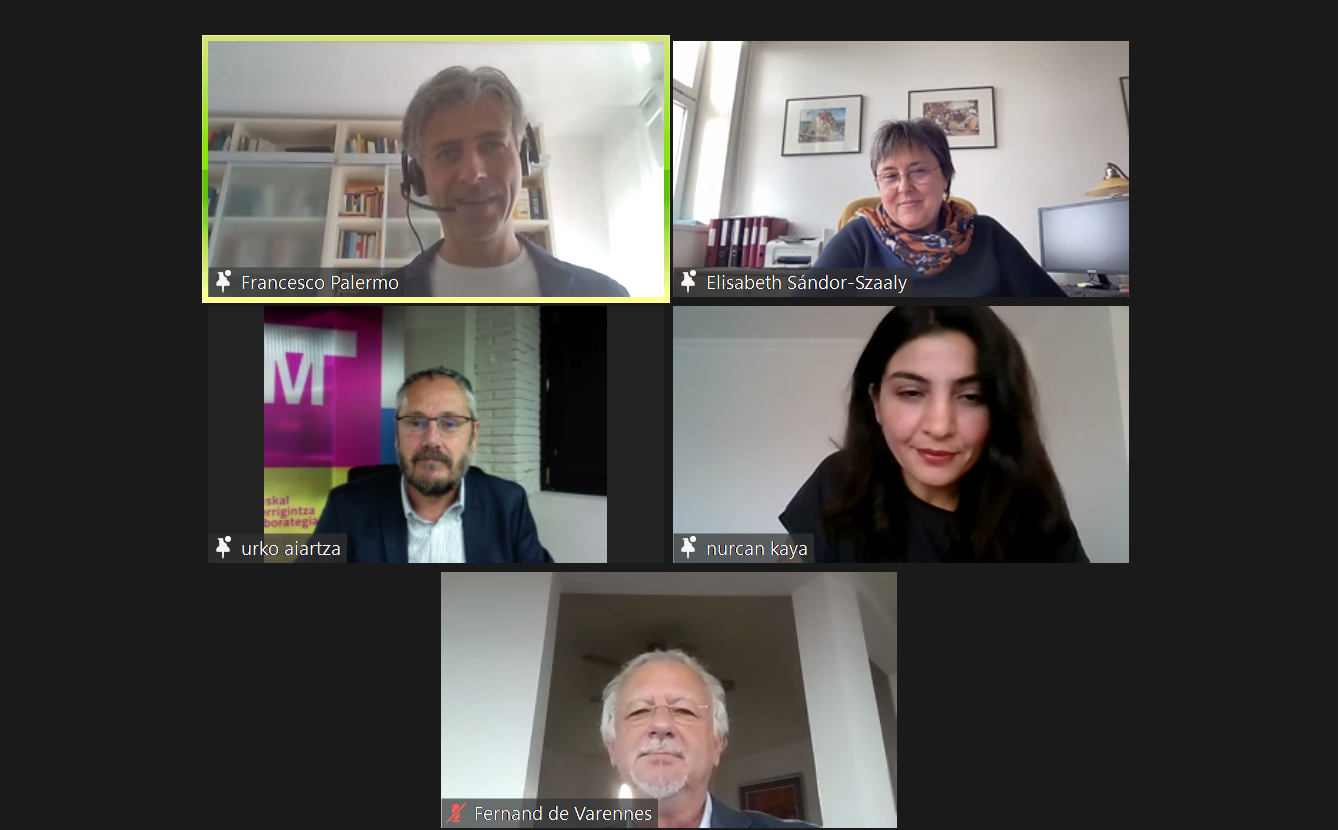 The moderator of the 2nd thematic session of the European Regional Forum on "Normative Framework: human rights of minorities and conflict prevention" was Prof. Elisabeth Sándor-Szalay, Minority Ombudsman. The panel included expert presentations by Francesco Palermo, Professor at the University of Verona, Director of the Institute for Comparative Federalism at Eurac Research (Bolzano/Bozen), Nurcan Kaya, human rights lawyer and journalist from Turkey, Urko Aiartza Azurtza, Senior Advisor at the European Institute for Peace from the Basque Country and a video message by Irina Vlah, Governor of the Autonomous Territorial Unit of Gagauzia in the Republic of Moldova. The contributions of dozens of conference participants, following the experts on the panel, confirmed that, in addition to Basque and Catalan minority tensions in Europe, there is a risk of ethnic conflict in many areas of Ukraine, Greece, Turkey and Central Asia, among others.