null Visit of the Sopronkőhida Prison

On September 28, 2017, Commissioner for Fundamental Rights Dr. László Székely and some experts from our Office (OPCAT experts Head of Department Dr. Gergely Fliegauf and Deputy Head of Department Dr. Katalin Haraszti) paid a visit to the Sopronkőhida Prison together with three experts from the Austrian Ombudsman Board (Volksanwaltschaft), in order to exchange their experience focusing on the OPCAT NPM.

As the first point on the agenda, the one-day event was opened by Police Colonel, Prison Director Tamás Nyima, who held a short presentation introducing the institute that he manages. In the context of this forum, it was also possible for the Austrian and Hungarian experts to ask questions from each other and to discuss the issues that they are most concerned about. The representatives of the Austrian Ombudsman Board were especially interested in the number and tendencies of suicides in Hungarian correctional institutes, the activities of the trade union of prison wardens in Hungary and their attitude towards the NPM, as well as the level of acceptance of the NPM in Hungarian prisons. Then the visitors had the chance to tour some of the priority areas of the prison complex, such as the prison workshops, the infirmaries, the high security dormitories, the memorial room for Cardinal Mindszenty, as well as some cells, and in the meantime, they could ask questions from the staff of the institute, who gave very open and sincere answers to these questions. The experts from the two countries concluded that they were struggling with quite a number of similar challenges, they shared their best practices with each other and they closed the day with a lunch in the prison canteen.

They expressed their wish to continue this cooperation, in the framework of which the Austrian Ombudsman invited the Hungarian Commissioner for Fundamental Rights to a similar prison tour in Austria, which is to take place early next year. The visit at the Sopronkőhida Prison was found highly successful and fruitful by both parties. 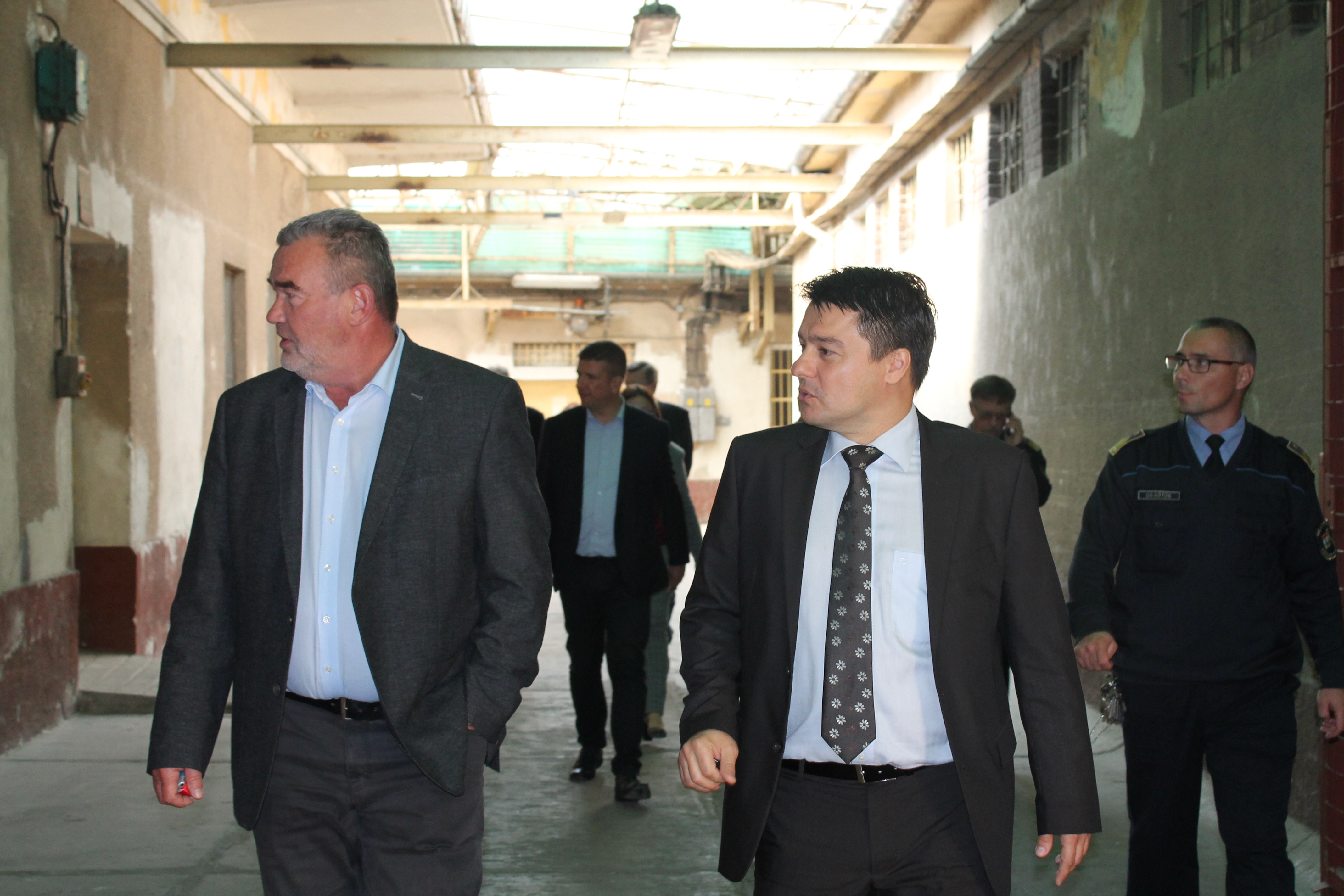