At 8.00 a.m. on 20 August 2021, on the occasion of the public holiday commemorating the foundation of the Hungarian State, the national flag of Hungary was ceremonially hoisted with military honours by the National Home Defence Ceremonial Regiment at Kossuth Lajos Square in front of the building of the Hungarian Parliament.

In the afternoon, Cardinal, Primate, Archbishop of Esztergom - Budapest dr. Péter Erdő celebrated the high mass in the fully packed square in front of St. Stephen’s Basilica. At the mass, Péter Erdő blessed the new bread. The ceremony ended with the procession of the Holy Right. 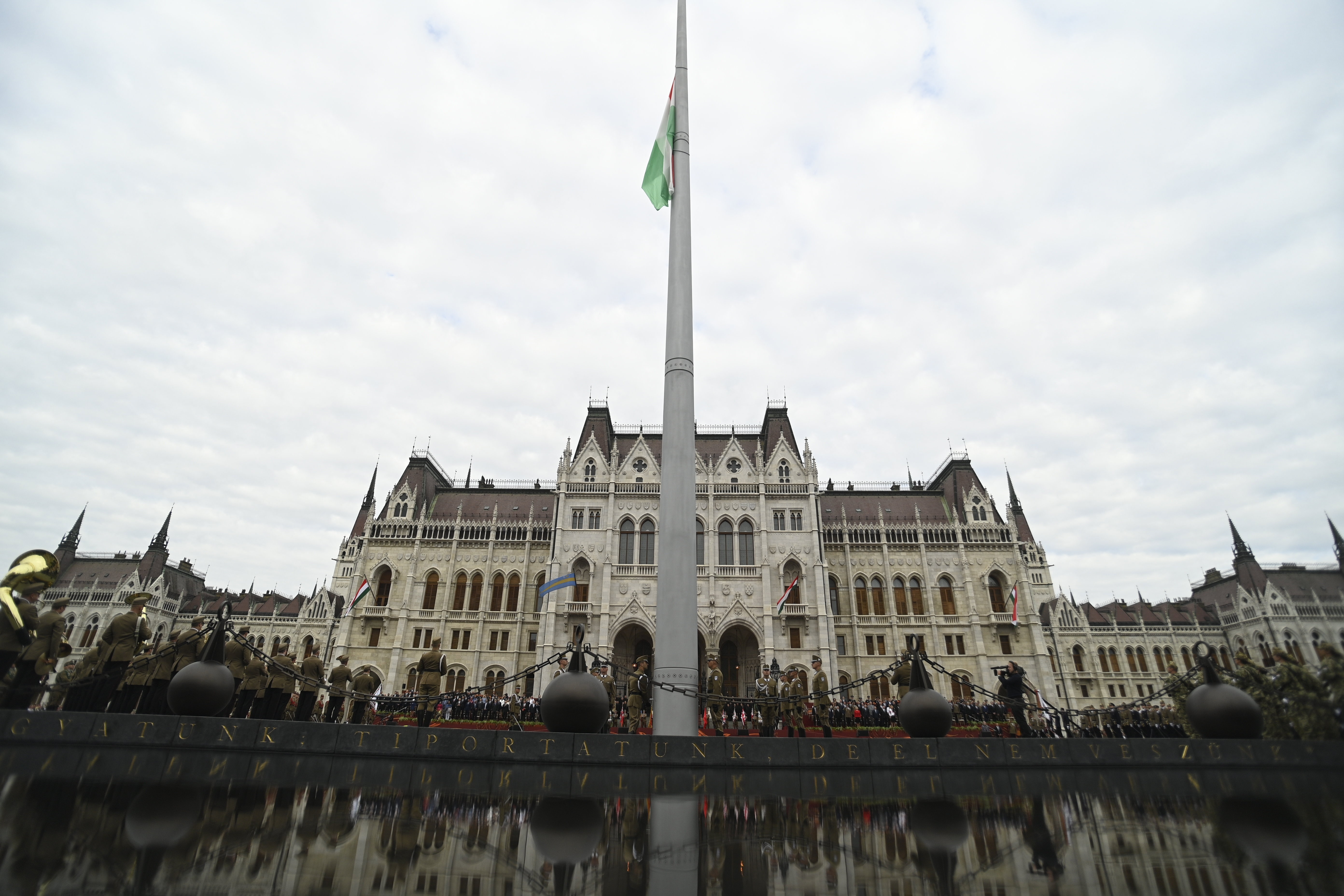