Accompanied by the Commissioner for Fundamental Rights of Hungary Dr. Ákos Kozma, the President of the International Ombudsman Institute paid a visit to the Veszprém County Prison on 14 September 2022. 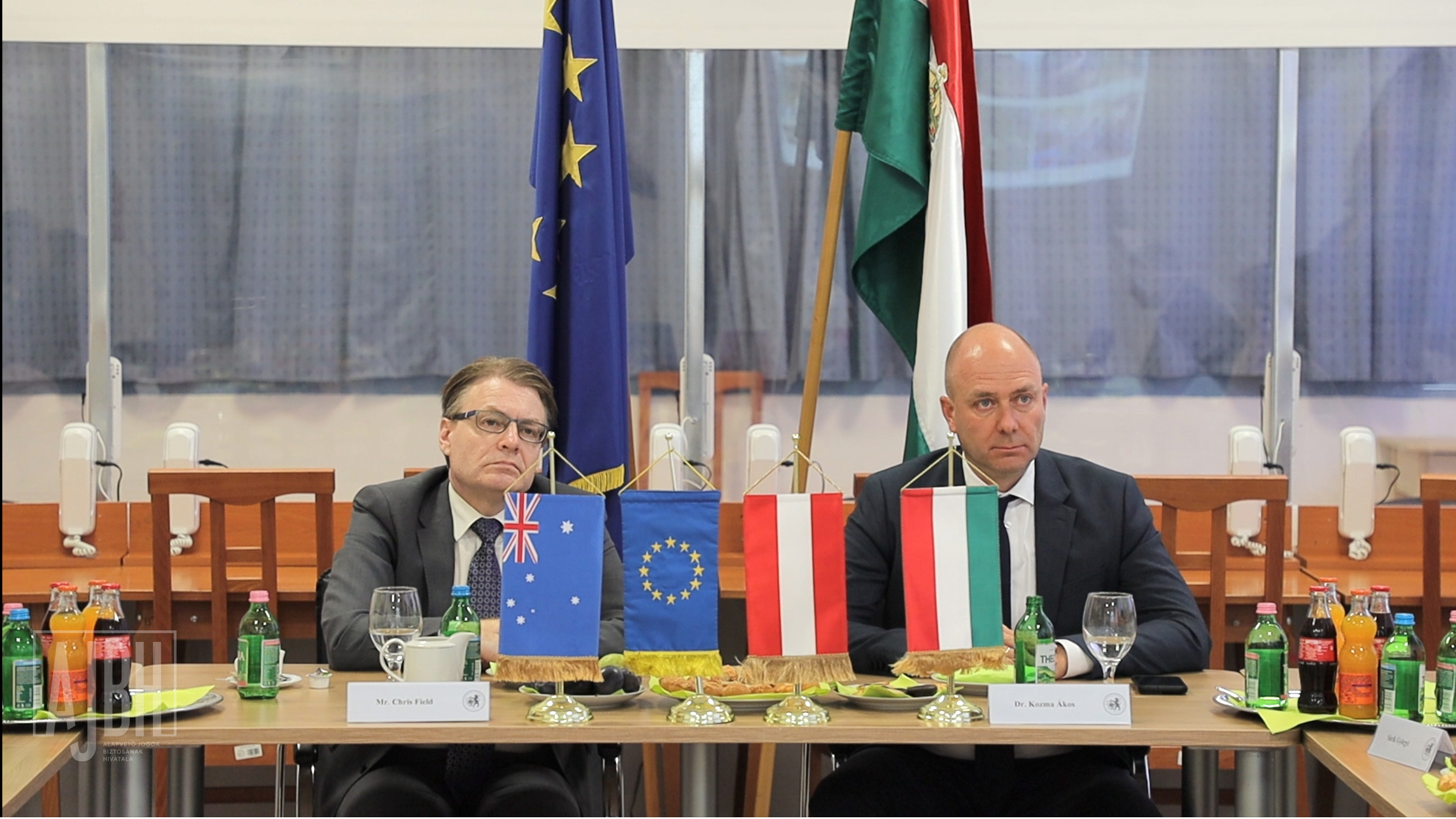 The President of the IOI and his delegation were received by Police Major General, Deputy Director General for Security and Incarceration of the National Commander of the Hungarian Prison Service Headquarters Mr. János Schmehl and Police Colonel, Prison Commander Ms. Éva Németh. In the course of the visit, Mr. Chris Field received detailed information, among others, on the operation of the Veszprém County Prison, the responsibilities of the security and reintegration areas, as well as the operation of SAFE phones, detainees’ mobile phones and the KIOSK electronic terminal system.