On the 22nd of March the Office of the Commissioner for Fundamental Rights hosted Equinet’s kick off project meeting on combating violence against women which was followed by the Working Group meeting on Gender Equality on 23rd of March.

On the occasion of this event, Commissioner László Székely joined EIGE’s white ribbon campaign in order to raise awareness among decision makers on the need to eliminate VaW. 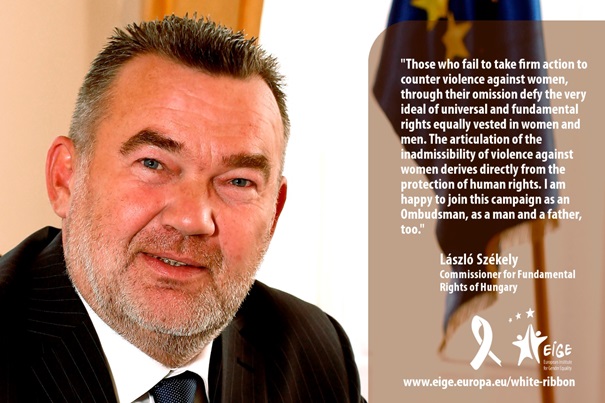