At the meeting, in addition to the general issues concerning the school guard system, the parties also discussed the importance of the training of school guards. School guards have started to work this September in 419 educational institutions. After the consultation, Ombudsman Dr. Ákos Kozma and Director of Police Complaints Department of the OCFR Dr. Domonkos Wildner visited two schools in Budapest where they met with school guards. 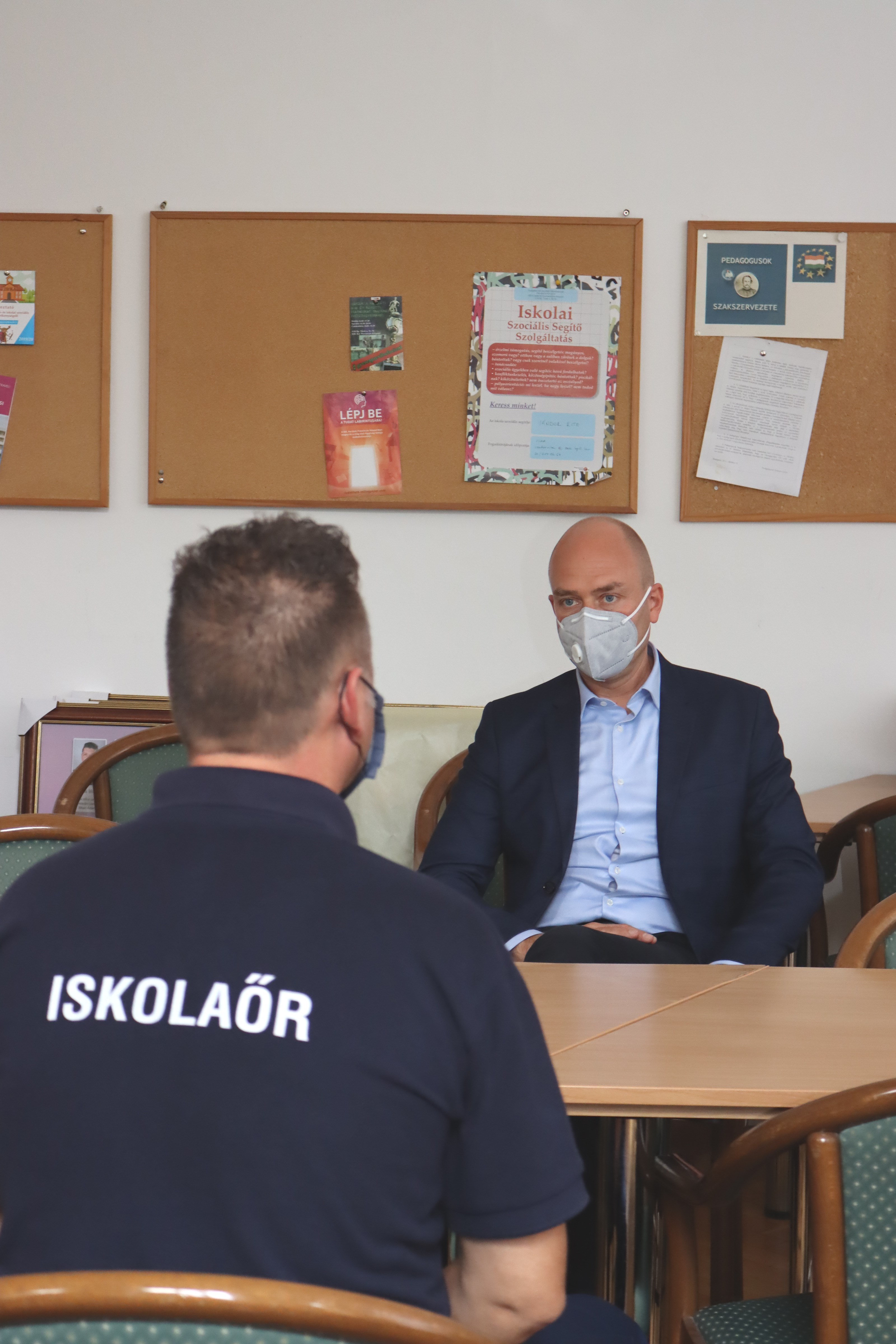