At 8.00 a.m. on 20 August 2020, on the occasion of the public holiday commemorating the foundation of the Hungarian State, the national flag of Hungary was ceremonially hoisted with military honours at Kossuth Lajos Square in front of the Hungarian Parliament Building. The flag was hoisted by the National Home Defense Ceremonial Regiment to the sounds of the National Anthem. At the state ceremony, speeches were given by President of Hungary János Áder, Prime Minister Viktor Orbán and Minister of Defence Tibor Benkő. After the hoisting of the flag, the officer cadets took their oath and then the Memorial of National Unity was delivered.

In the afternoon, Cardinal, Primate, Archbishop of Esztergom-Budapest dr. Péter Erdő celebrated the high mass in St. Stephen’s Basilica. President of Hungary János Áder and Prime Minister Viktor Orbán were also present at the ceremony. The Holy Mass was followed by a litany of supplication offered for the Hungarian nation. 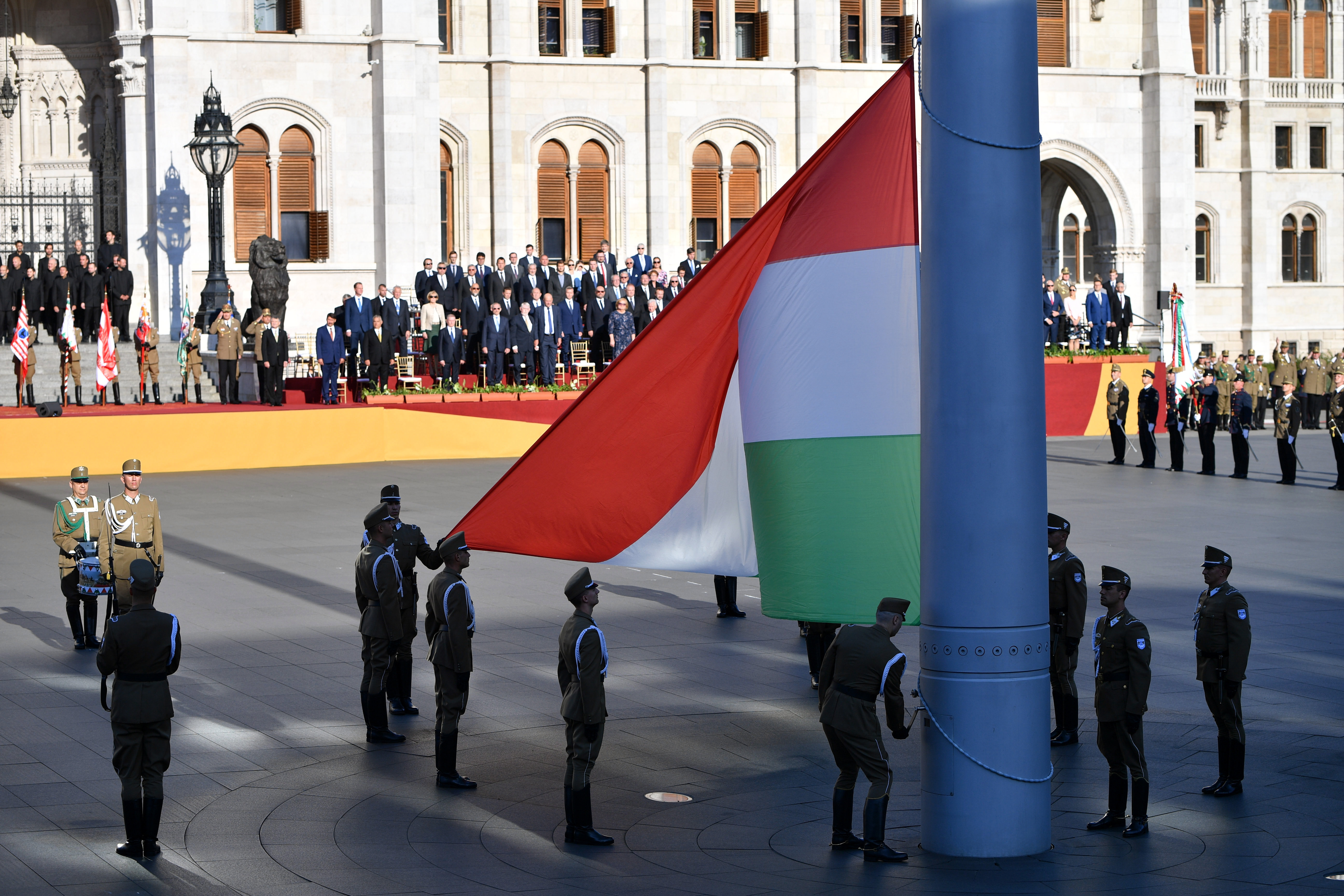