The Commissioner of Fundamental Rights – Library

The Library was established almost at the same time with the foundation of the Ombudsman's Office. The Ombudsman's Office was established in 1995 and was housed in the building situated at 3 Tüköry Street (District V., Budapest), at the time without a library. It was decided by the high level officials at the time that establishment of an internal library assisting the work of colleagues was necessary. In the same month, the first librarian of the Ombudsman's Office, Mária Franta was hired who fulfilled this position until September 2009. She acquired the present stock of books and built up the structure from scratch (temporarily assisted by some helpers), as the newly established office had not had any stock of books. From 1996 to 2002, the Library altogether consisted of two rooms. One of them was the library, while the other functioned as a room for storage.

In the autumn of 2009, the first librarian of the Library retired and she was replaced by the current librarian, Zoltán Győri, who has fulfilled this position since then. In 2012, at the time of the complete transformation of the Office, Anita Szigeti- Tar Vargáné joined our staff as a librarian assistant. 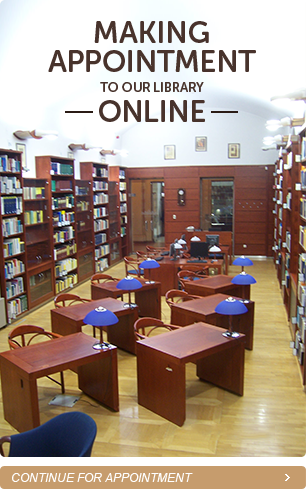